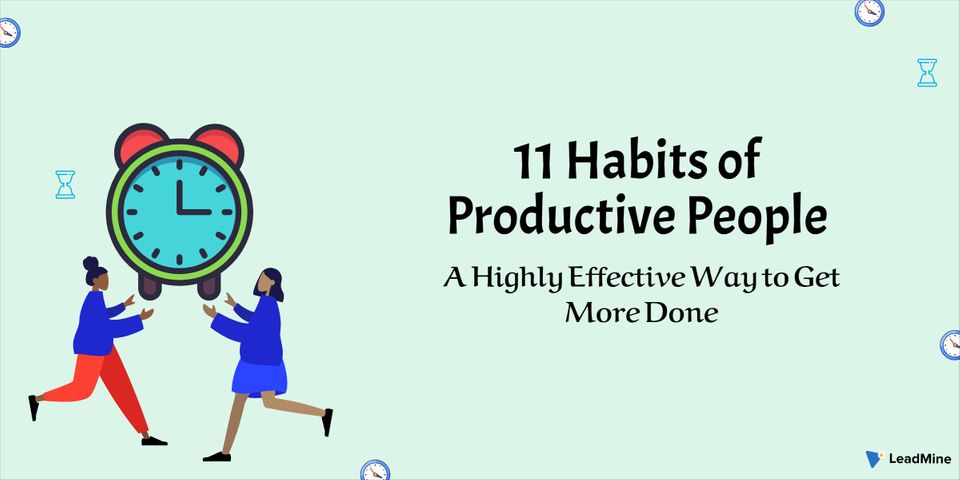 Everyone strive to be more effective all of the time. Regardless of what they do or where they live, everyone is looking for ways to improve their productivity. Staying on track and avoiding distractions is more difficult than ever before in the digital age. Caffeine in excess doesn't help you get any closer to achieving your peak production rate.

The following is a list of 11 highly productive people's daily habits that will help you stay on track and achieve all of your goals.

Setting goals act as a guide, guiding you in the right direction. You have a mission and an idea of where you're going when you set goals for yourself. To put it another way, you have a goal to which you can guide your resources (i.e. productivity).

When you have a clear goal in mind, it is much easier to solve problems. You'll be able to concentrate on your goal while avoiding tasks that won't get you where you want to go. It's pointless to be productive and complete several tasks quickly if you don't understand why you're doing it. It's best to be crystal clear about your long-term objectives.

If you're wondering how to be more efficient in work, here's a good place to start: Stop Multitasking.

Multitasking, according to research, greatly slows you down. You can multitask on low-level activities (like chores, washing, and so on), but you can't multitask when it comes to higher-level objectives. The most effective people devote several hours to a single job, allowing them to achieve a high level of mental focus and produce the best results possible.

Jumping between jobs can make you feel like you're getting more accomplished, but it actually slows down your cognitive processing. Since your brain is constantly moving focus between an object when multitasking, you lose pace and accuracy. Concentrate on one critical task at a time, and you'll see a significant increase in productivity.

Habit 3: Saying “NO” is a Skill that Should Be Learned 👎

New projects and opportunities arise on a regular basis. It's possible to get caught up in the possibilities and end up with too many responsibilities. It's difficult to say no. It entails deliberately putting things on hold so that you can focus on your most important goals.

This is one of the most widely recommended productivity tips, as well as one of the best time-management, practices you can engage in. You'll waste time and money if you say yes to activities that don't contribute to your overall objectives.

Habit 4: Concentrate on the Most Important Thing 🧐

You want to spend the majority of the time working on the most critical tasks of the day. Shift non-essential activities to a later date or exclude them from the list. It's crucial to learn to say no (habit 3) in this situation.

Many people make the mistake of classifying routine tasks as high-impact tasks. It also exposes you to the risk of procrastination — it's all too tempting to spend the whole day checking off easy, less important to-dos rather than getting down to business on the important stuff.

We are constantly distracted in today's highly connected world. We live in a world where electronic contact is constantly stimulating. When used incorrectly, text messages, the virtual worlds of social media, and mobile email capability may become significant time sinks. Smartphones and social media can be useful at times, but they can also be a significant source of distraction.

Consider placing your phone in another space to help you concentrate. According to a University of Texas report, people who did this while working on a job were substantially more effective than those who had their phones next to them on their desks.

Habit 6: Take Control of Your Energy (Not Time Alone) 😎

Productivity is largely determined by how well you handle your time. Many of the successful practices on this list will assist you in better managing your time.

And energy conservation is just as critical — but often ignored.

It makes no difference how many hours are left in the day if you are tired and can barely think. This is the reasoning behind starting tough tasks early in the day. You can get more done in less time until you get exhausted if you use your peak hours effectively.

Highly efficient people understand that having time to do stuff isn't enough. Managing your resources to ensure that you undertake the most demanding activities when you still have the energy to do so is a key component of being more efficient.

The 80/20 rule (also known as the Pareto Principle) was discovered by Italian economist Vilfredo Pareto and notes that in any endeavour, 80% of the outcomes would come from 20% of the efforts. This suggests that if you have ten tasks to complete, two of them will be much more important than the others.

You probably work with your head down, oblivious to the big picture (it happens to all of us). However, in order to be efficient, you must first determine which tasks yield the best results. With this knowledge, you will concentrate more on the tasks that help you progress and less on the ones that don't.

During your day, try to minimize the stuff that doesn't matter — the aspects that have a minor impact on your overall efficiency — and concentrate on the small number of activities that will get you 80% of your performance.

Nobody, not even the most productive individuals, can concentrate for more than eight hours at a time. It's just not possible. You can't sustain distraction-free concentration for that long, no matter how many productive habits you develop.

No matter how hard you work, a job cannot satisfy certain aspects of your life, such as social needs, affection, and rest. Take frequent breaks. You can take brief breaks during the day by looking out the window for 5 minutes every hour, going to the restroom to freshen up, or meditating for 5 minutes if you are tired. Every now and then, take a vacation break.

This allows you to keep your concentration, take stock, and sharpen your saw.

Habit 9: Prepare for the Worst-Case Scenario 🤯

It can happen to anyone. You have big plans for today — it'll be your most productive day yet but then small fires emerge, demanding your attention. Things go wrong occasionally, if your boiler fails and you need to call a repairman, a last-minute meeting comes up, or you forget to arrange in time for lunch.

Highly productive people recognize the planning fallacy, which states that everyone underestimates how long it will take to complete tasks. They are more aware of the fact that next week seems free only because you haven't planned it yet. By anticipating interruptions and making contingency plans, highly efficient people will react quickly when unplanned problems occur.

People who are the most productive aren't afraid to make mistakes. They act without overthinking the repercussions, and each failure is viewed as an opportunity for growth. If you want to become a more effective, successful, and optimistic worker, you must take risks.

When confronted with an obstacle, overcoming anxiety, or recovering from a "failure," effective people are more concerned with their own development than with the result of their failure. Productive people are able to increase their performance in small increments.

The most positive people are still human beings, as you might have already picked up on a few of these habits. Keep doing if something works for you. Try something else if it doesn't work. Productivity is an experiment that is constantly evolving, so don't let that deter you!

We hope you found the suggestions helpful in increasing your productivity. If you have any other habits, share them with us at LeadMine. 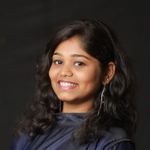 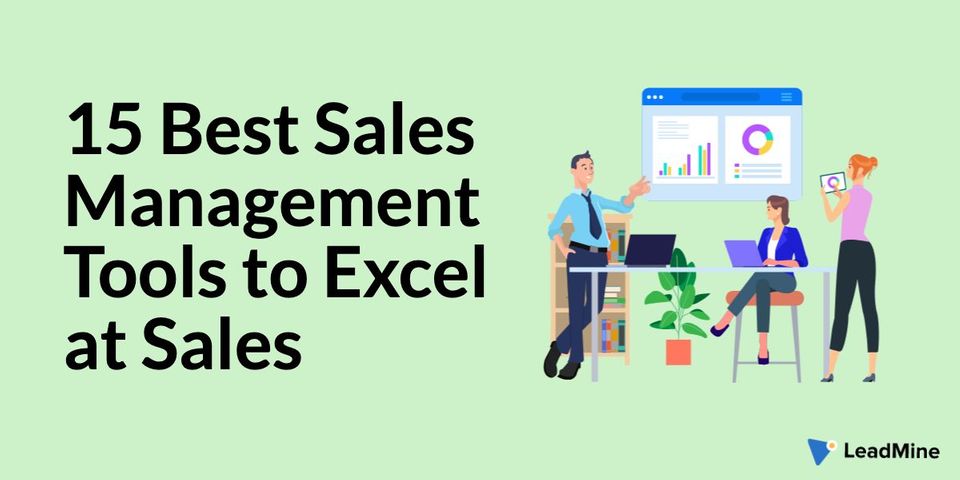 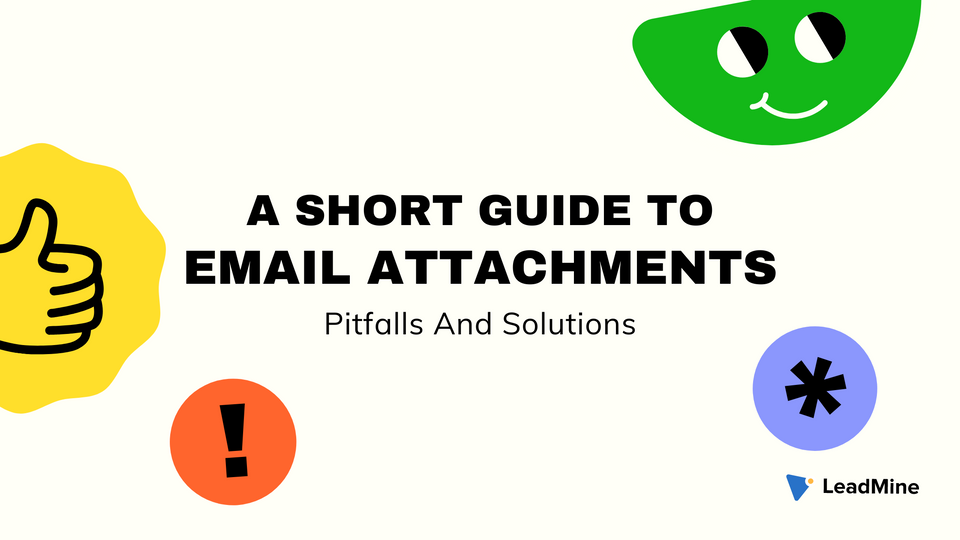